How to Overcome Technostress 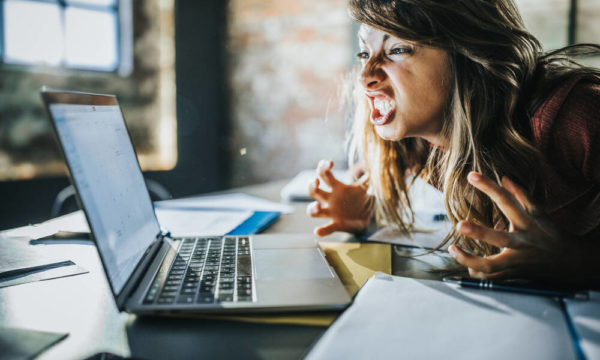 One of the most common work-related psychological effects of the modern-day is Technostress. Digitalization has radically changed the work environment in the 21st century; it is impossible to work without technology.

Some individuals struggle with the ever-evolving changes and find it difficult to adapt. This is known as Technostress.

Technostress has been defined as the negative psychological link between people and the introduction of new technologies.

Technostress is known as a modern disease of adaption caused by an inability to cope with new computer technologies, affecting mental health in a manner that may manifest as a struggle to accept computer technology.

There are many causes of Technostress; these include:

Now you know what technostress is, here are some of the best ways to overcome technostress:

Employees may experience technostress when dealing with the technology they find complicated. To make it easier for them, make sure to implement easy-to-use software. When employees are using easy-to-use technology, it can improve productivity and the work produced, having a positive effect on the company.

Additionally, it is so important to unplug. Technology can be harmful to your mental health so once you finish work, it is imperative to switch off and relax. It is impossible to work and socialize without technology, so it is imperative to take much-needed breaks when required to decrease the risk of experiencing technostress.

Remember not to be too hard on yourself and to take regular breaks from technology.